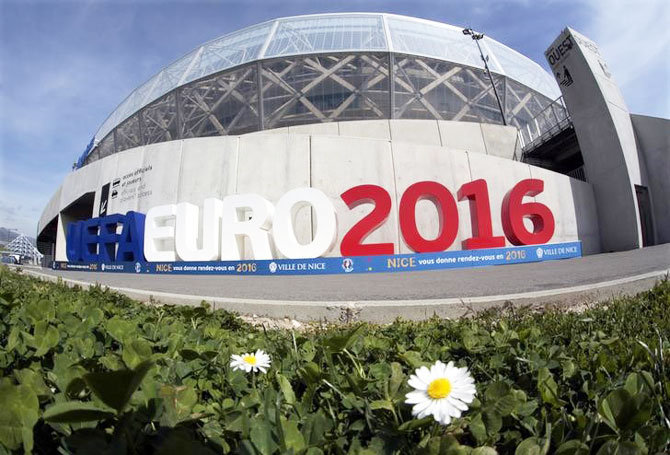 Security failures highlighted at this weekend’s French cup final need to be urgently sorted out before the start of Euro 2016 in three weeks’ time, an official in charge of security at France’s national football stadium said on Monday.

The month-long tournament opens across France on June 10 with a state of emergency still in force following Islamist militant attacks last November that killed 130 people in Paris and targeted multiple sites across the capital, including the Stade de France.

Saturday’s clash between arch-rivals Paris St Germain and Olympique Marseille at the Stade de France had been deemed a high risk game and a first test for organisers of security measures required for the Euros.

Fans threw firecrackers and flares inside and outside the stadium and banned objects were brought into the grounds despite close searching, security officials said. There was also serious overcrowding.

“The system cracked a little. There are weak points that are not acceptable,” Philippe Galli, prefect for the Seine-Saint-Denis region, which is in part responsible for security at the stadium, told Le Parisien newspaper.

“We will have to correct what didn’t work,” he said.

Local authorities, the French Football Federation and Europe’s governing body UEFA would meet to assess the security failings and what should be done to correct them, he said.

About 2.5 million spectators are expected for 51 soccer matches involving 24 teams in games played at 10 stadiums across France. There will also be “fan zones” for crowds watching games on big screens in major cities.

The state of emergency still in force following the deadly shooting and bombing attacks in November gives extra powers to police and security forces.

UEFA, the organisers, have drafted in 10,000 to 15,000 security staff for over 110 sites, including stadiums, team hotels and other tournament sites. High-tech equipment will be used to monitor crowds.

One of the main issues on Saturday appeared to be overcrowding caused by a second security cordon that was in place to reduce the number of entry points into the stadium from 26 before the November 13 attacks to four.

“When the system was under pressure, it collapsed at a certain number of points,” Galli said.

© Copyright 2016 Reuters Limited. All rights reserved. Republication or redistribution of Reuters content, including by framing or similar means, is expressly prohibited without the prior written consent of Reuters. Reuters shall not be liable for any errors or delays in the content, or for any actions taken in reliance thereon.

History in the making at Roland Garros