It has been a long time since Barca won in San Sebastian and instead of backing Luis Enrique’s men at a short price, the value looks to be in goals.

Barcelona’s record at the Estadio Anoeta is one of the strangest recent quirks of Spanish football. Over the last decade the Catalans have conquered Spain and Europe, playing glittering football and winning numerous trophies and admirers along the way.

Yet they have failed to win in San Sebastian since 2007, a run spanning an extraodrinary eight matches during which time the Blaugrana have suffered five defeats and managed three draws.

The holders of the Copa Del Rey travel to Anoeta on Thursday evening hoping to end their long wait for a win, while their opponents will be hoping history favours them once more. 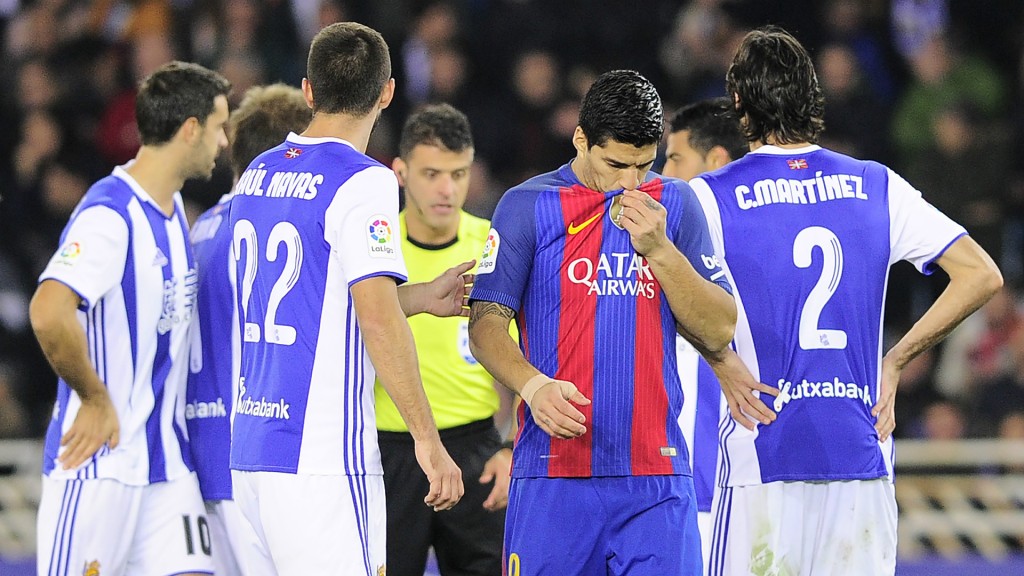 Indeed, it is not just previous meetings which favour La Real but also their current form which has seen them win seven of their last 10 matches in La Liga to move up to fifth place. What is not is their favour is the league schedule, which saw Real Sociedad in action on Monday night at the other end of the country winning 2-0 at Malaga, while Barcelona had an early game on Saturday at home to Las Palmas. 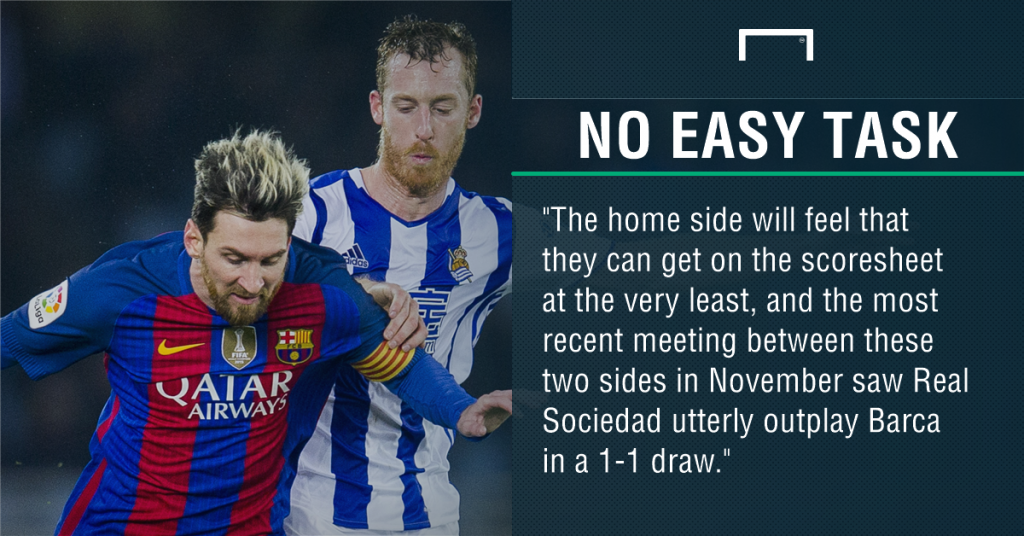 In the previous round, Barca travelled to La Real’s neighbours Athletic Bilbao and suffered at 2-1 defeat at San Mames before recording a 3-1 win at the Camp Nou.  The home side will feel that they can get on the scoresheet at the very least, and the most recent meeting between these two sides in November saw Real Sociedad utterly outplay Barca in a 1-1 draw.

Both teams to score is offered at just 61/100 (1.61), but if we combine that selection with over 2.5 goals we can enjoy a much healthier price of 9/10 (1.90). The hosts will surely compete, but a full strength Barca side will be keen to banish the memory of their last poor showing at Anoeta, meaning we should be in for plenty of goals at both ends.