Pep Guardiola has admitted he would like new defenders this month, but rushing into the wrong deals would set back the club’s grand summer plans.

Manchester City need new players, of that there is no doubt. After the 4-0 defeat at Everton, City’s heaviest of the season and the largest of Pep Guardiola’s managerial career, the need for new signings is more apparent than ever.

But while chances of the title may be gone by the middle of January, if not before, what City really cannot afford to do now is panic.

Sat in the Goodison Park press room on Sunday afternoon, Guardiola admitted that the 10-point gap to Chelsea at the top of the Premier League table isn’t worth thinking about. For the last month he has been urging his players just to focus on the next game.

What’s concerning for Guardiola is that he thought he found a solution to leaking too many goals and scoring too few. He switched to a back four in December and won five of six games, keeping three clean sheets and conceding just three goals.

Given he realised after the 4-2 defeat at Leicester that his players could not carry out his demands, and that he has said since then that he would like to sign new defenders in January, it would be no surprise if he spent his Monday morning sharing a coffee with sporting director Txiki Begiristain.

But while City have been exploring options in the market, the official line has always been that January signings are unlikely.

That may seem like an alarming approach on the back of Sunday’s result, and many will be suggesting they do now open their cheque book to try to put things right.

Spending now, though, is no guarantee of success. 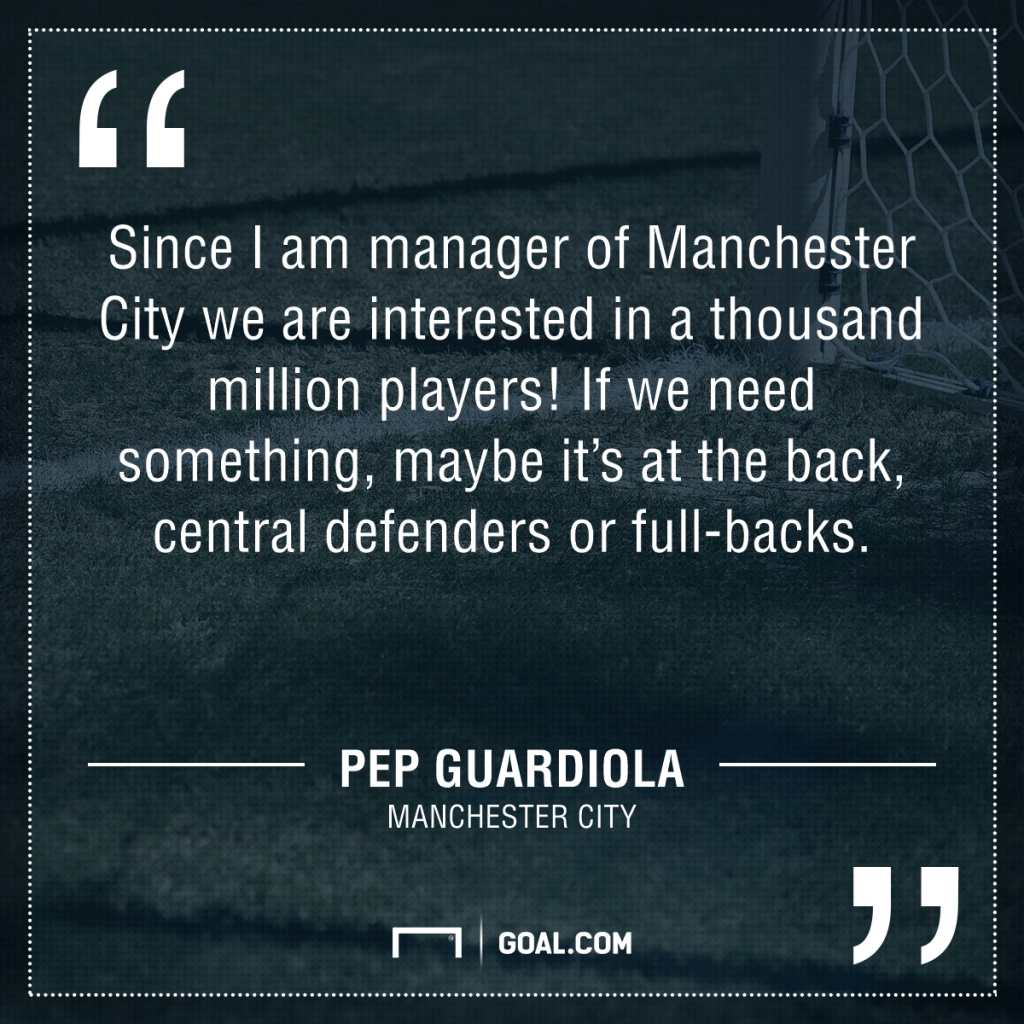 There will be plenty of cost-effective options and plenty of expensive options who could improve things over the next few months, but very few of those, if any, would be the right option in the long-run.

There are probably several full-backs across Europe who would cost no more than £20m that could come in now and provide an upgrade on City’s current options.

Sead Kolasinac, as one purely hypothetical example, can play left-back, centre-back and, if needed, in midfield. He could leave Schalke this month, and would surely tick a lot of boxes for Guardiola.

Southampton would probably let Virgil van Dijk go for around £50m, too. The Dutchman has all the attributes to come in and improve Guardiola’s team, given he is good on the ball and has enough pace and strength to cope in the one-on-one situations that have so troubled City’s centre-backs.

But even ignoring the impact of another £70m on City’s accounts for the season – not to mention the need for homegrown players – the club will have bigger plans for the summer and should not scupper those by rushing into things.

In terms of full-backs, City made plenty of enquiries last summer and intend to pick up where they left off by pursuing players currently starring for their domestic and European rivals, but those players are not available this month.

It was no doubt an error in judgement not to strengthen the full-back position ahead of the current campaign, especially as Guardiola, according to his biographer Marti Perarnau, was so keen to freshen things up.

That oversight, combined with the failure to get Laporte and the money lavished on Eliaquim Mangala and Nicolas Otamendi – transfers facilitated by Jorge Mendes – in previous summer windows, has ensured City were not as well prepared for Guardiola’s first season as they should have been.

But by panicking now, City would be throwing good money after bad, and potentially jeopardising their chances of success in Guardiola’s second campaign.

The Mangala deal ended up being more complicated and costly than it should have been due to third-party ownership issues. And the Otamendi transfer always appeared rushed and messy – with Mangala supposed to go the other way – which suggests City, at best, did not put in the required groundwork.