The Brazil international, believing his ambitions can be met at Anfield under Jurgen Klopp’s charge, has no escape stipulations in his extension

Philippe Coutinho has signed a new Liverpool contract without a release clause, which runs until 2022 and certifies him as the club’s highest-paid player.

The 24-year-old’s decision to commit his long-term future to the Reds was confirmed on Wednesday morning amid interest from Barcelona and Paris Saint-Germain.

The Brazil international, believing his ambitions can be met at Anfield under Jurgen Klopp’s charge, eschewed escape stipulations as part of his extension. 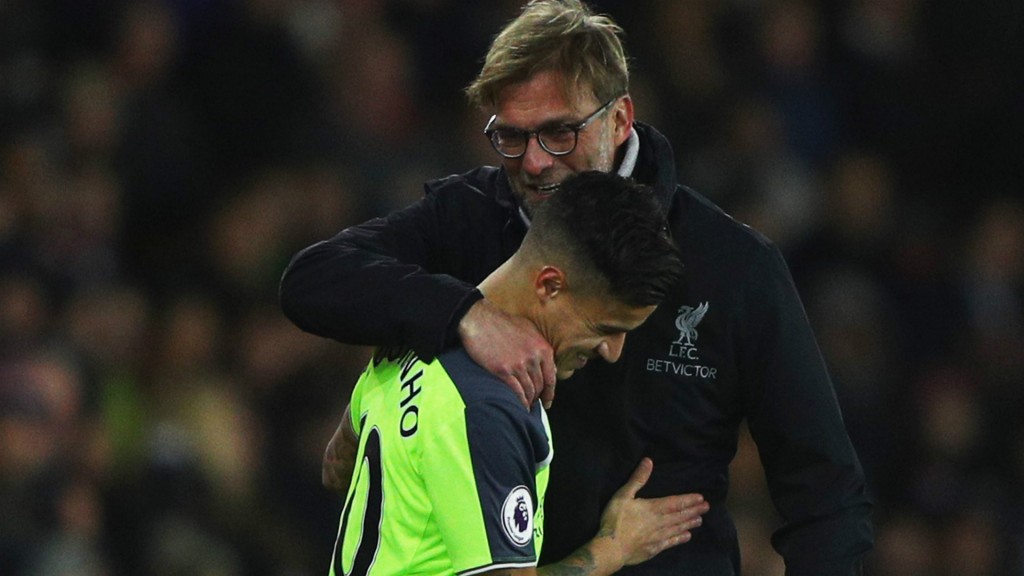 With his young family settled on Merseyside, his contribution warmly saluted on the terraces, and the belief that Liverpool are on an upward trajectory, Coutinho was happy to show his gratitude to the club by staying put.

He told their official website: “I am very happy to sign a new contract for this club. It is a club that I am very grateful to and this shows my happiness here.

“I will work much harder to repay the belief shown in me.

“This is a fantastic club, one of the biggest clubs in the world – and we should be there amongst the other big clubs. This is a football club with great players and great technical staff. It has everything to achieve great things in future.

“Since we [his family] arrived here we were welcomed with open arms by everyone. 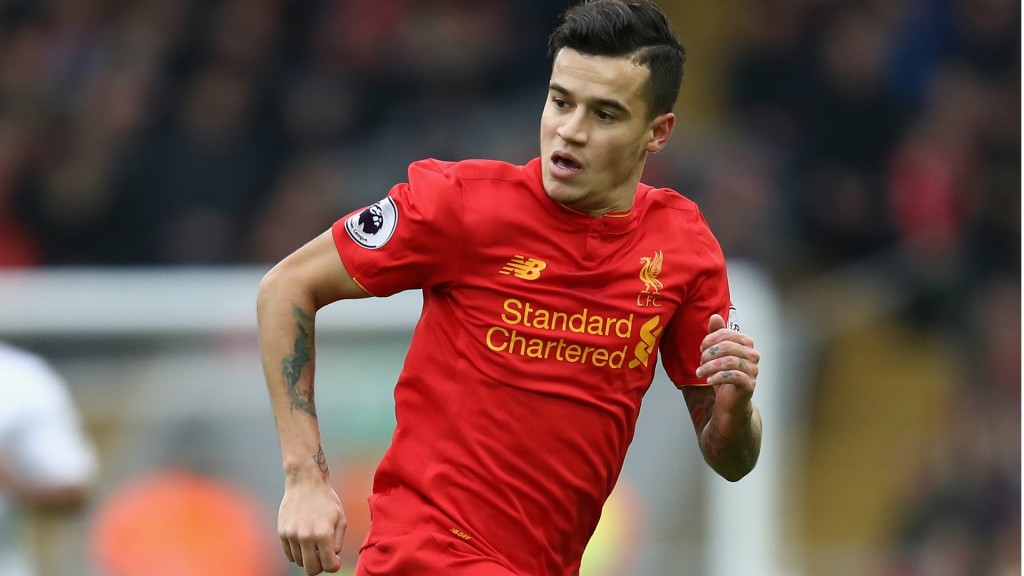 “We feel at home in this city, we feel a part of this city. It is a very important day for me, my wife and my daughter. I am happy – and everyone is happy at home!”

The announcement will lift Liverpool, who have been determined to stop the talent drain of seasons past as they build a culture of excellence and achievement.

It will also elevate Coutinho to the uppermost salary bracket at the club, where he’ll now be above Jordan Henderson, James Milner and Daniel Sturridge with a package understood to be around £150,000 a week.

And his ambition now is to help fire the Reds to silverware. “Titles, I think that is very important,” he said when asked about his targets over the course of his new deal.

“When I say titles, I mean leagues – and this is one of the best leagues in the world – but also the Champions League and fighting with the best teams in Europe.

“That is my aim – it is the aim of everyone at this football club to be up there. Every player, every staff member at this club. This is what we are searching for.”