It has been a long time since La Real won at the Camp Nou, and our tipster thinks the hosts will extend their winning run in a high-scoring game

Last week’s historic result for Barcelona in San Sebastian in the first leg of their Copa Del Rey quarter-final means the defending champions are well on course to reach the last four of the competition.

For the first time in 10 years the Catalans recorded a win at the Estadio Anoeta, ending their curse with a 1-0 victory thanks to Neymar’s first half penalty, and with an away goal and a clean sheet the Blaugrana it is understandable to see Barca priced at just 1/25 (1.04) with bet365 to qualify, and 1/4 (1.25) to win on the night. 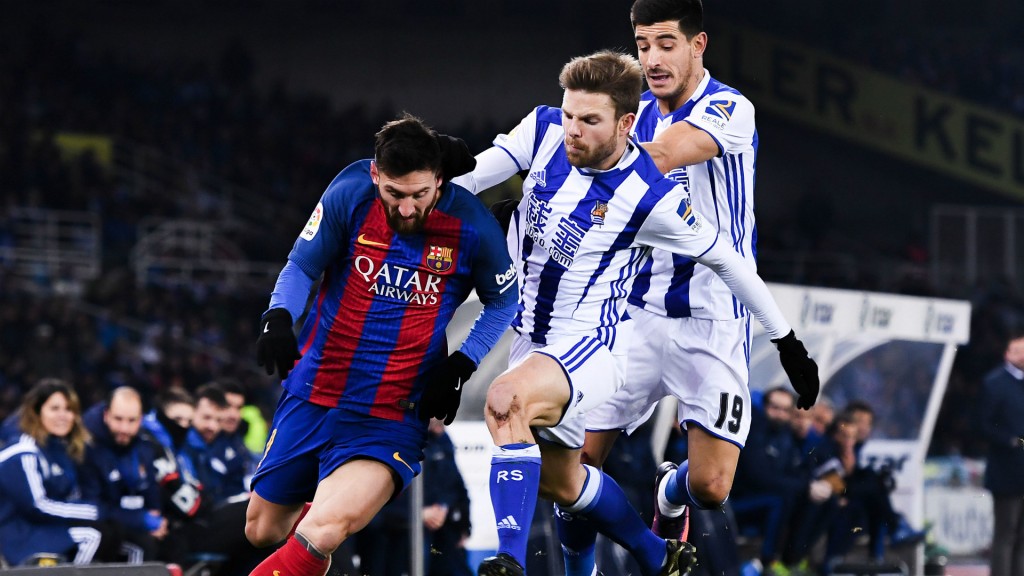 Of course an early away goal for the underdogs could make things interesting and the Basques remain one of the most in-form sides in the Spanish top flight having won eight of their last 12 league games to move up to fifth, level on points with Atletico Madrid in fourth.

The visitors can be backed at 9/1 (10.00) although their record at the Camp Nou will not inspire much confidence, with La Real having lost each of their last 19 games away to Barcelona in all competitions.

Indeed, one has to go back to 1995 for the last time they avoid defeat at the Camp Nou (a 1-1 draw in La Liga) while their last win came 26 years ago in the 1990/91 season with John Alridge and Dalian Atkinson among the scorers for Real Sociedad in a 3-1 win.

So both history and the aggregate scoreline are against La Real, and on Sunday night Barca looked prety good in winning 4-0 at Eibar although that victory came at a cost as Sergio Busquets picked up an injury. With both he and Andres Iniesta absent the midfield will have to be reshuffled by Luis Enrique, although up front the manager has his three star forwards available. 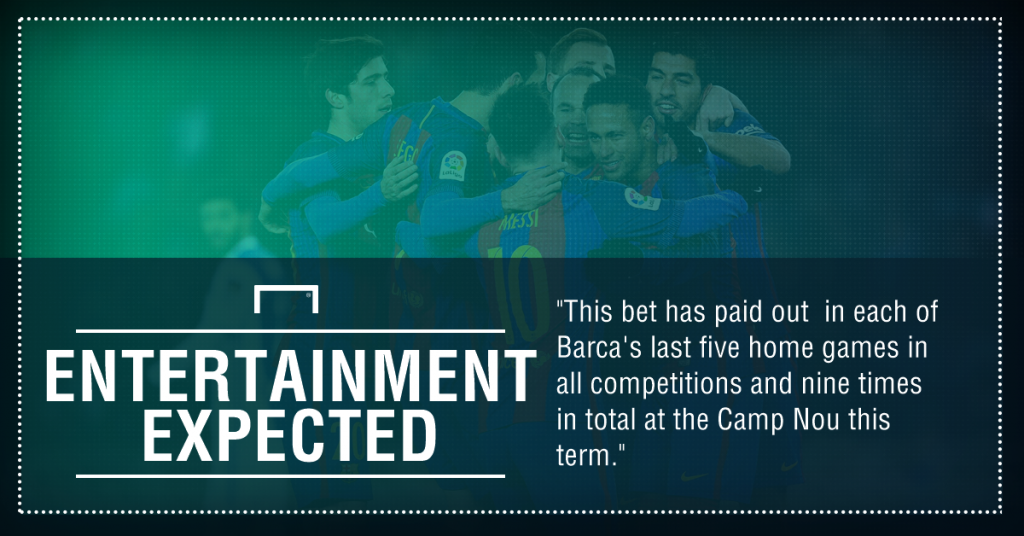 Particlarly impressive since the turn of the year, Lionel Messi has been at the heart of Barcelona’s attacking play and both scoring and assisting, and when the Argentine is in full flow, both he and Barca remain extremely difficult to stop. The price of 11/5 (3.20) for Messi to score first and Barca to win could be worthy of some attention for a value bet, although perhaps the more serious money should go on a home win and over 3.5 goals in the game at 7/5 (2.40) .

This bet has paid out in each of Barca’s last five home games in all competitions and nine times in total at the Camp Nou this term, while also proving the correct selection in three of the last five meetings between these two teams in the Catalan capital.