There should be goals in this Copa Del Rey semi final first leg, and we take a look at the men likely to get on the score sheet in the Spanish capital

Barcelona have scored in all three of their away matches in the Copa Del Rey so far, and the defending champions will be hoping to claim another important away goal when they visit the Estadio Vicente Calderon in the first leg of Wednesday night’s semi final.

The Uruguayan leads the way with 16 strikes just ahead of Messi’s 15, although the Argentina international has a slightly better goal per minutes ratio, netting every 92 minutes compared to Suarez every 94 minutes. 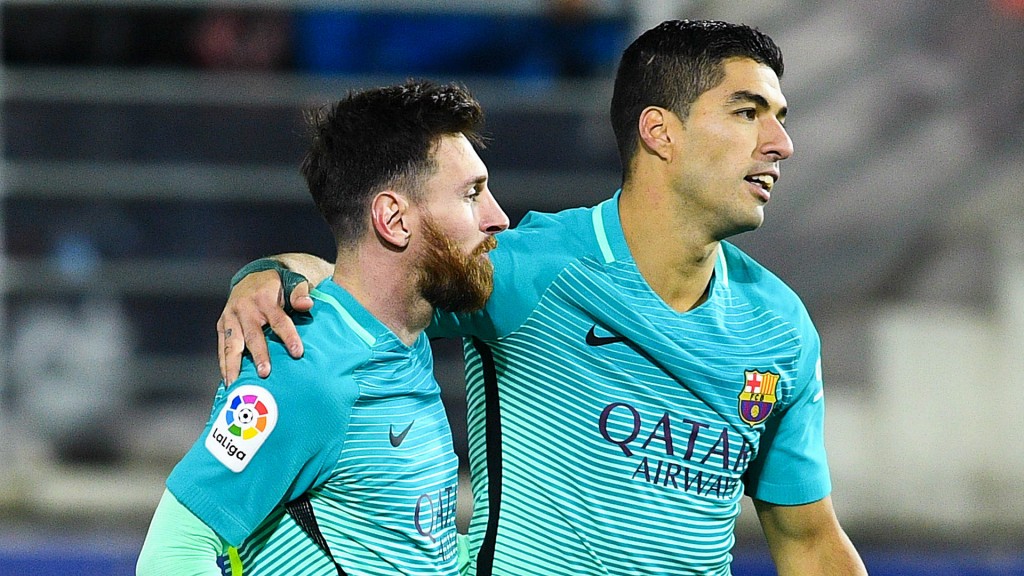 Bet365, who are live streaming what should be an intriguing semi final for UK based customers, have the two Barca forwards leading the anytime goalscorer market, with Messi priced at 21/20 (2.05) and Suarez offered at 6/4 (2.50).

Indeed, the price for Suarez could well be of interest given his impressive form, with the former Liverpool forward scoring six goals in his last six games and getting on the score sheet in eight of Barcelona’s last 11 matches. Between them Messi and Suarez have scored 60 per cent of Barca’s league goals this season, so in a big game like this it is logical to suggest that they will be the main goal threats for the visitors.

Atleti meanwhile have at times this season struggled to find their rhythm in the final third of the pitch, and Diego Simeone’s men seem a little overly reliant on Antoine Griezmann. After a three month goal drought at the end of last year, the 25-year-old has scored in five of Atletico’s last seven games and Griezmann is offered at 7/4 (2.75) to find the back of the net, the same price as Neymar. 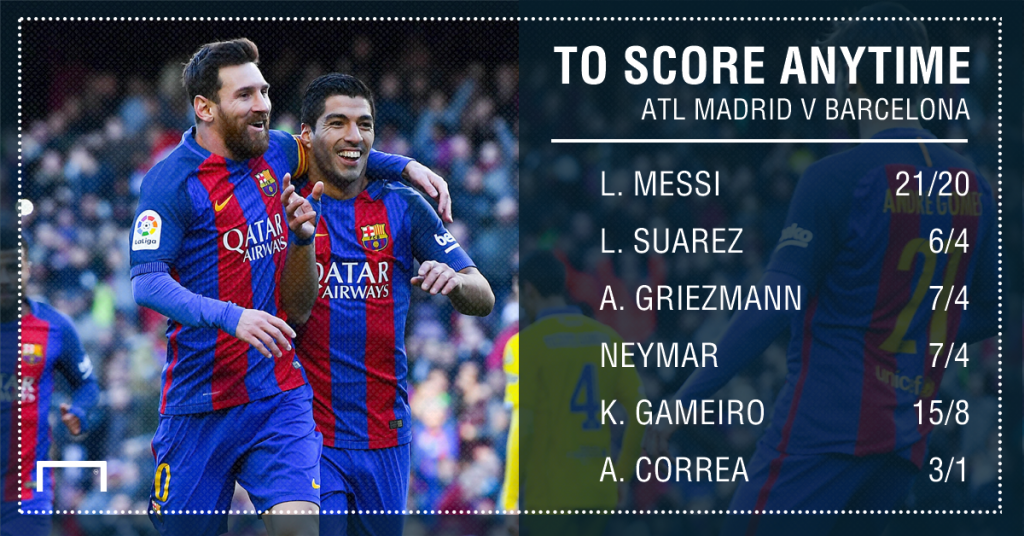 The man who was brought in this summer to help shoulder the burden of goalscoring is Kevin Gameiro, yet the France international has only been able to chip in with one goal since November.

That did however come in the previous round of the Copa at home to Eibar and the former Sevilla striker can be backed at 15/8 (2.87) to score his second goal in the tournament. Atleti’s last eight goals in all competitions have come from seven different scorers, with no one really putting together a consistent scoring run apart from Griezmann.

Los Rojiblancos’ top scorer in the competition is Angel Correa with four strikes, and the Argentine who scored the equalizer at the Camp Nou when these two sides met in La Liga back in September is priced at a healthy 3/1 (4.00) to net once more.