The coach has praised the attacker’s “balls” and work ethic, and hopes a deal can be struck to keep him at the Emirates Stadium

Robert Pires has revealed that Arsenal star Alexis Sanchez is not sure of renewing his contract with the Premier League outfit.

The Chile international has been a key component of Arsene Wenger’s side so far this season, netting 17 times as they have established themselves in the top four of England’s top flight and progressed once again to the Champions League last 16.

But his failure to extend his stay at the Emirates Stadium, which is currently due to end in June 2018, has been the source of some concern among the club’s support, and even Pires has confessed that the player is not certain he will be put pen to paper.

“I asked Alexis last week about his renewal. He told me that he didn’t know, that he only wants to play,” the Frenchman, who is a coach with the Gunners, told La Tercera. “He doesn’t know what is going to happen, he just wants to play and enjoy it.” 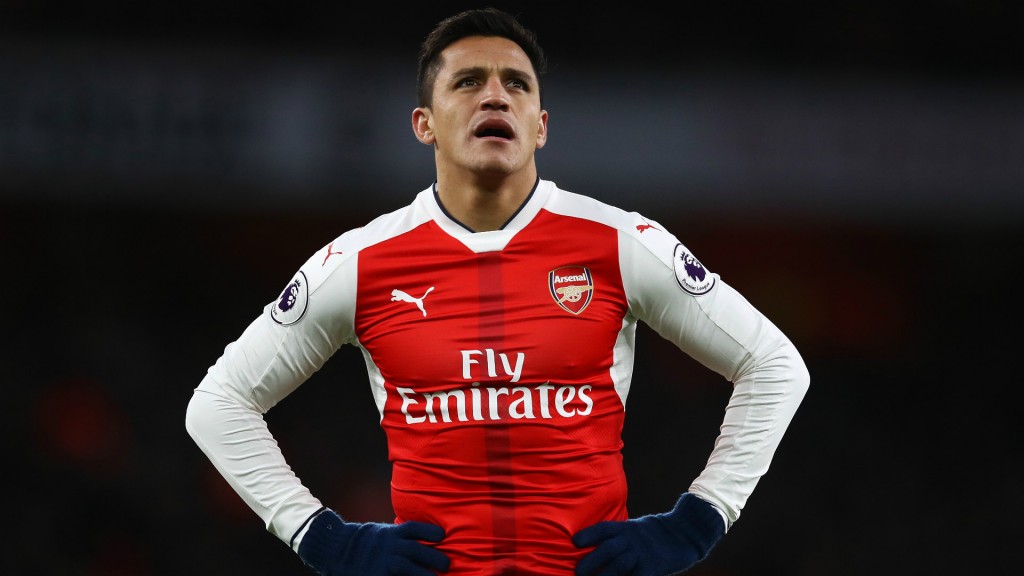 Arsene Wenger previous admitted that there was a bid from a China for his star man, and Pires appreciates that any offer could be tempting.

“We all know that,” he continued. “All we want is for Alexis to stay at Arsenal. I hope he re-signs because he is a wonderful player, the engine of the car. I hope he stays forever.

“I see him in training every day. He’s stronger and more powerful. He’s more mature. The way he trains is impressive and he never wants to stop. Wenger and I have told him to take it easy, but he says that if he is on the field, it’s to train.”

The importance of the player was underlined in Saturday’s 2-1 win over Burnley, when he scored an outrageous Panenka penalty to win the game for his side eight minutes into stoppage time.